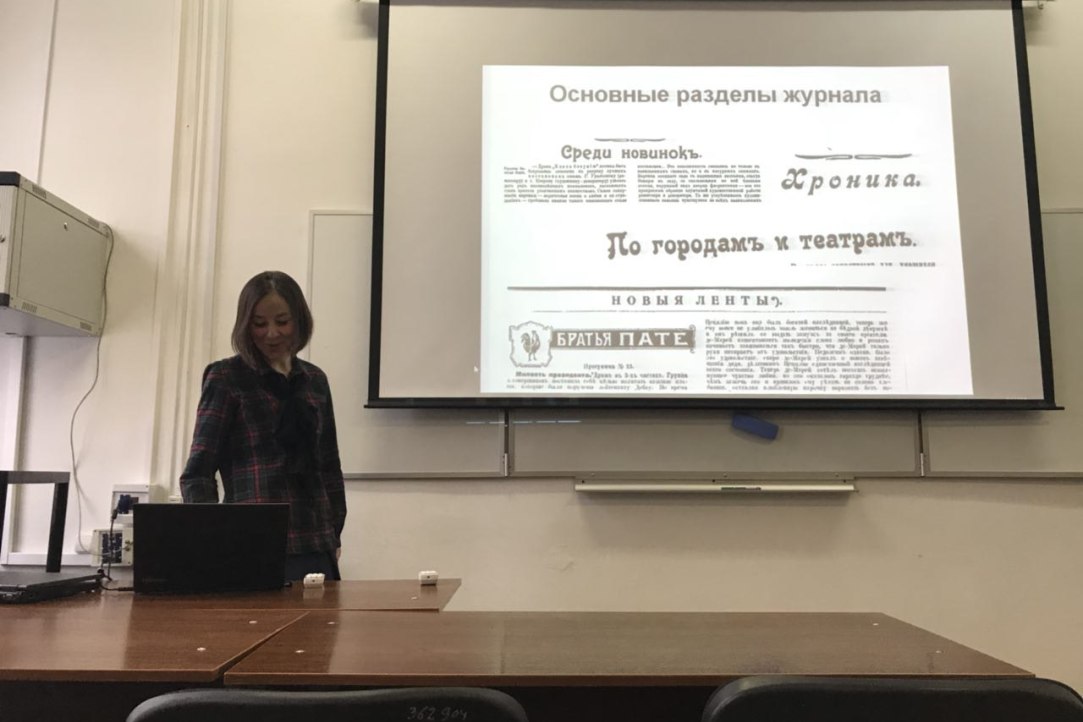 Anna Kovalova’s paper was focused on the main characteristics of the Russian film press,which is an important part of the early Russian film industry and at the same time a principle source for its study. The main pre-revolutionary film journals (“Sine-Fono”, “Kine-zhurnal”,“Vestnik kinematografii”, “Pegas”, “Proektor”) were discussed. The idea was raised of a small conference on the early Russian film press, at which not only these main journals but also less well-known film periodicals would be discussed.