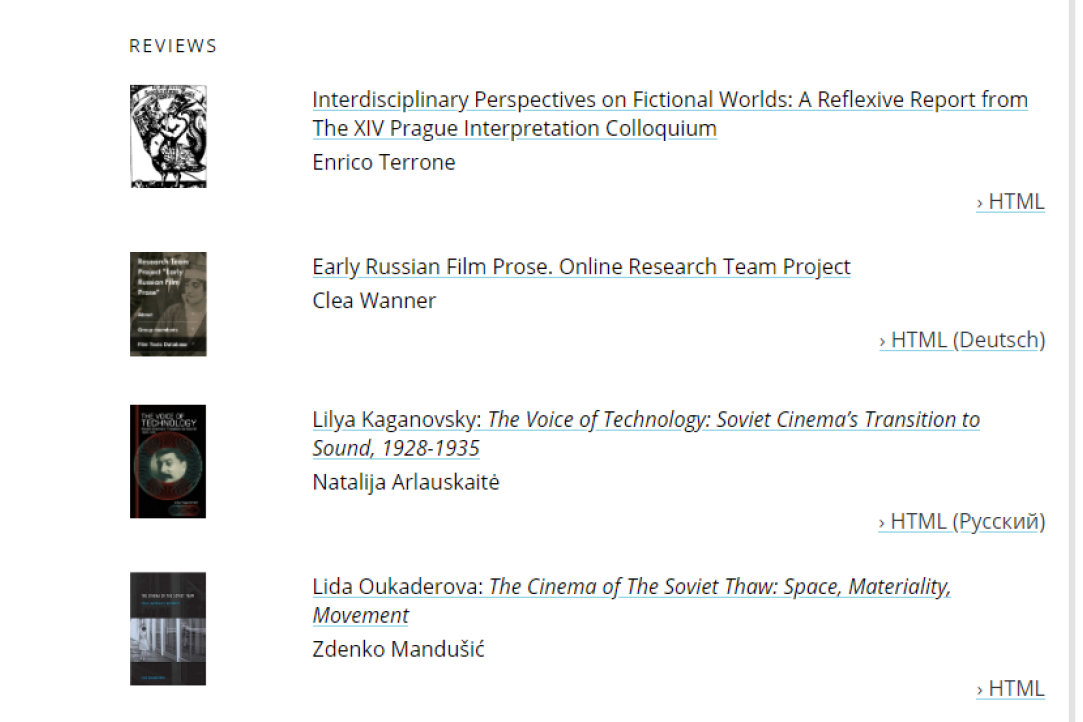 "Apparatus" peer-reviewed online journal, edited and published by film historian Natascha Drubek in association with Freie Universität Berlin, has recently published Clea Wanner's review of film texts database collected by reserch team project members.
Clea Wanner describes the structure of of the database and its goals, noting that it is helpful both for scholars and for film archivists: "Recently archivists from Gosfilmofond with the help of a published libretto have identified fragments of "The Symphony of Insanity" film that had been considered lost. Thus librettos and screenplays become a very important source for reconstructing and contextualizing lost films..." Clea Wanner argues that the libretto database has become a significant step in early Russian cinema studies: "Thorough and professional work on the texts speaks of the research team head's experience. Film historian and philologist Anna Kovalova applies a systematic approach to the analysis of early Russian cinema context that had been presented by Yuri Tsivian. In several articles that have been written within the framework of the project Kovalova demonstrates, that film press and texts may be amazingly productive for research in early film".
The reviewer points some ways for the database improvement, one of them is constructiong an interior search system. We sincerely thank Clea Wanner for her observations recommendations, and the "Apparatus" board for the attention to our work.
The review is available online:
http://www.apparatusjournal.net/index.php/apparatus/article/view/164
Wanner, Clea. 2019. Review: “Early Russian Film Prose. Online Research Team Project.” Apparatus. Film, Media and Digital Cultures in Central and Eastern Europe 8 (2019). DOI: http://dx.doi.org/10.17892/app.2019.0008.164