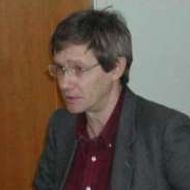 Michael Glycas wrote in different genres; his most significant work is the Universal Chronicle. It has no value as a historical source, since it is a gigantic compilation, and the great majority o its sources has survived. Yet, it excels among other chronicles by both its structure and its content. Whereas the second, historical part is extremely superficial and piecemeal, the first part is a huge and independent Hexaemeron containing answers to hundreds of questions about the configuration of the Universe. The number of sources used by Glycas is strikingly high, he easily combines theological treatises with ancient paradoxographic and scientific texts, Aristotle is quoted side by side with Physiologus. In both parts of his Chronicle, the author manages to extract from his sources what he needs most: entertaining stories, curious data and moral admonition. We know from Glycas’ theological letters that he was highly educated but his Chronicle was aimed at the “broad audience”.

The article brings under scrutiny an understudied dialogical account about the deposition of the patriarch of Constantinople Nicholas IV Mouzalon (1147–51). A close reading shows that this is not an official record of the proceedings but a piece of fiction that deliberately inverts the generic conventions of the two types of texts indicative of the 12th-century literary landscape, namely 1) minutes of church councils and 2) syllogistic theological dialogues. The anonymous author invites the reader to recognize the all-familiar scheme of the Socratic interrogation but eventually departs from it investing the protagonists (Manuel I Komnenos and Mouzalon) with features that distance them from their Platonic models. The text seems to be inextricably linked to Mouzalon’s canonical dilemma: can an archbishop who previously voluntarily fled from his office be appointed archbishop once again? In fact, the author’s primary concern is not the patriarch but the emperor, a judge-logician who is at one and the same time Socrates and more than Socrates, and the new language able to reflect the changing balance between the imperial and ecclesiastical powers in mid-12th-century Byzantium.

Book chapter
The Authorial Self of a Hagiographer through the Lens of his Letters: The Case of Konstantinos Akropolites
Zharkaya V. Y., Луховицкий Л. В. In bk.: Byzantine Authors and their Time: Expression, Ideology, Society,. National Hellenic Research Foundation, Institute of Historical Research, Department of Byzantine Research, 2020.

Through a close reading of Constantine Akropolites' letter collection (mostly cover-letters accompanying his encomia sent to his commissioners, friends, and acquaintaces) we attempt to get insight into his authorial self-consciousness as hagiographer and metaphrastes and, more broadly, shed light on the intellectual atmosphere of the earlt Palaiologan period with its interplay of social networking, ostentatious piety, and rhetorical rivalry.

Comprehensive analysis of the poem by Timur Kibirov "Through farewell tears"

The aim of this paper is to analyze a peculiar case of interaction between nonfiction and fiction. The analysis’ starting point is a famous introduction by an American writer Tom Wolfe to The New Journalism anthology (1973) where he praises realism, which he finds capable of uniquely — physiologically — affecting the reader, and claims that New Journalism brought realism back to American letters, repeating an important episode of the history of literature: the coming of the realistic novel to the 18th century England. These statements have not yet received the critical attention they obviously deserve.

As was shown by researchers (M. Dickstein, J. Hartsock, B. Shapiro), this novel emerged from imitation of antecedent nonfiction and was meant to affect the reader by its borrowed “truthfulness.” In this “truthfulness” one recognizes the paradoxical idea of “fictional truth,” inherent to the novel, which engaged the literary critic M. Riffaterre and philosopher G. Currie (among others). It becomes possible to assume that British “literature of fact” of the late XVII century provided patterns of truthful and verisimilar narrative while the realistic novel formed “the poetics of truth” that conveyed to the reader communicative aesthetic experience of encountering a narrative’s “reality.”

Studies in evolutionary biology, neurophysiology, and cognitivism corroborate this assumption and, accordingly, prove Tom Wolfe’s first statement to be correct. His second statement is half-right: what happened in the 1960s was not so much the return of realism to American literature as another emergence of a literary form from the tension between fiction and nonfiction. New Journalism imitated the novel as in the 18th century the novel imitated “literature of fact.”

The article deals with the problem of the relationship between various reading strategies by the censor and ideas about his social role during the pre-reform era of the late 1850s. The authors explore on the one hand the curious history of the journal publication of essays by P.M. Kovalevskij, a nephew of the minister of public education, in 1858, which is reconstructed on the basis of censorship documents, and on the other hand the colourful review by P.A. Efremov. Thus they demonstrate the difficulties I.A. Gončarov as a censor was faced with, who, being forced to remain in the confines of the persistent censorship practices of “petty”, “hypercritical” reading, tried to reform them in accordance with the new circumstances and his literary persuasions.

Michael Glykas is best known as the author of a vast Chronicle covering the historical events from Creation to the death of the emperor Alexios I Komnenos (1118 AD). Although quite popular in Byzantium, this composition does not enjoy high reputation among the scholars, the reason being its loose composition and massive uncritical borrowings from earlier sources with only feeble attempts to rework and reconcile them. Yet in another creation of his, an authorial collection of admonitory and dogmatic letters habitually referred to as the Theological chapters, Glykas appears to be an apt storyteller who produces a tightly knit narrative with rhetorical sophistication and mastery in portraying his heroes’ emotions and creating suspense. The discrepancies between the two working methods become most conspicuous when the Chronicle and the Theological chapters deal with the same subject matter. The article provides a close reading of the three stories about murders perpetrated by the emperors Theodosios I the Great (379–395), Maurikios (582–602) and Ioannes I Tzimiskes (969–976) reported in the Chronicle alongside their versions in the 57th Theological chapter. The latter was initially conceived as a conciliatory letter addressed to the niece of the emperor Manuel I Komnenos (1143–1180) Theodora who had committed a murder out of jealousy and sought repentance. The analysis shows that the parallel accounts have common compositional skeleton and share the same set of sources; neither of the two versions contains any unique historical data absent from the other. Nevertheless, the specific narrative techniques chosen by Glykas to tell the same stories twice are diametrically opposite to each other. For Glykas the chronicler no historical detail is more important than the other, therefore he produces a kind of encyclopedia cemented by chronology but virtually devoid of narrativity and inner hierarchy. Glykas the epistolographer, by contrast, has clear understanding of how to arrange the stories, thinks through their composition, manipulates the reader through key-phrases and syntactical devices, builds drama and make his characters live through severe breakdowns and recover in front of the readers’ eyes. The conclusion proposes to see in Glykas’ unwillingness to narrate coherent stories in the Chronicle a conscious authorial choice motivated by his understanding of chronicle-writing as activity by definition opposed to storytelling.

Using a set of psychoanalytic metaphors (repression, the family romance, obsessional neurosis, the cathartic method), this article analyzes New Journalism that altered power dynamics in the 1960s American literature and journalism. On the one hand, it was a literary phenomenon and as such strengthened nonfiction as opposed to fiction. On the other, it remained journalism and as such considerably weakened “objectivity” that had dominated American journalism since the 1920s but suffered reputational damage in the 1950s due to the press’ involuntary involvement in McCarthyism. New Journalism’s major ideologue and practitioner was Tom Wolfe who discovered new creative possibilities in the early 1960s. He was forced to do so, having realized the inadequacy of the journalistic language he knew to new social and cultural realia that attracted his attention. In the early 1970s Wolfe summarized, in a way, the decade of New Journalism, defining its role, suggesting its theory, and outlining its history. Insisting on its literary lineage, however, and stressing its originality, Wolf disregarded a rich tradition of literary journalism that since the 1890s was bridging the gap between subjectivities, as a scholar put it, employing devices associated with fiction. A link in the chain of literary journalism, New Journalism is an important topic in a discussion of literary anthropology.

The paper clarifies circumstances in which in 1935 André Gide wrote his letter in defense of Victor Serge to the Soviet ambassador in Paris. The study is based on the materials of the Congress for the Defense of Culture, Soviet press of that time and documents from the Russian State Archive of Contemporary History. After the Congress, which took place in 1935 in Paris, André Gide converged with the anti-Stalinist opposition in France and Belgium, and welcomed a campaign in support of Victor Serge, politician and writer who had passing in the case of the so-called Zinoviev group and had been exiled to Orenburg. The article discusses episodes of criticisms against the lack of freedom in the Soviet Union, carried out by Gaetano Salvemini and Magdeleine Paz, and the reaction of the Soviet participants to them. The main controversy on the Victor Serge’ case was inscribed in the context of the Dreyfus Affair. It shows that the lines of demarcation between the Soviet delegation and the European writers were shaped by the different attitude towards the State and the Individual. For French writers the Dreyfus case was an ideal paradigm for assessing the entire spectrum of relations between the State and the Writer. The Soviet delegates insisted that the interests of the State and the Revolution are above individual freedom, meanwhile for the European intellectuals human rights were a universal value, and there were no excuses for violating them.

The article discusses the transformations that happened in creating and perceiving fantastical bodies in American comics from 1960s to 2020s.

The Life of st.Onesimus (BHG 2324), which survived partially in one Byzantine manuscript  (Patm. 185) an completly in the Old Slavic translation, is published for the first time. The text was written in the 1 half of the 9th century in Lydia. It contains several place-names (Askondia, Kochlias), which are not attested othersiwe, the action develops between Manisa (Magnesia ad Sipylum) and the town which called in Slavic Astochia/Satochia, which could render the Greek Τὰ Τείχη. Side by side with the stereotyped scenes, the Life presents some unique events of real life (the flooding of Gedix river, the enchraochemtn of jelly-fish in this river, the famin which causes grave social conflicts. Yet, even more interesting are unique supernatural events: for exmple, the appearance of demoni creatures resembling the mythological Harpyes.