Our new paper: "An eighteenth-century theme park: museum-reserve Tsaritsyno (Moscow) and the public culture of the post-Soviet metropolis" by Natalia Samutina and Boris Stepanov

A new paper on urban culture by Natalia Samutina and Boris Stepanov was published in journal "Urban History" (Vol. 45, Issue 1). The paper is titled "An eighteenth-century theme park: museum-reserve Tsaritsyno (Moscow) and the public culture of the post-Soviet metropolis" and discusses history of the Tsaritsyno Park in Moscow and museum-reserve. See the paper abstract.

"An eighteenth-century theme park: museum-reserve Tsaritsyno (Moscow) and the public culture of the post-Soviet metropolis" by Natalia Samutina and Boris Stepanov

The article discusses the dramatic history of the Tsaritsyno Park and museum-reserve. By the mid-2000s, it had become one of Moscow's iconic places and a zone where urban public culture was shaped. The authors trace the history of this architectural ensemble and park in terms of their role in сity culture and analyse changes in the historical culture of contemporary post-Soviet Moscow. The Tsaritsyno Park and museum exemplify these changes. An unfinished country residence of Catherine II, with a Grand Palace that had stood as a ruin for over 200 years, it has been radically renewed by the Moscow city authorities in what came to be labelled ‘fantasy restoration’. The palace was finished and now serves as the core of the museum, organized according to a controversial historical policy. Tsaritsyno as a whole became a cultural oddity featuring historical attractions for the public, effectively an ‘eighteenth-century theme park’.

January 30, 2018
About
Faculty of Humanities, Research Centre for Contemporary Culture
About persons 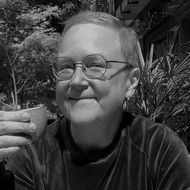 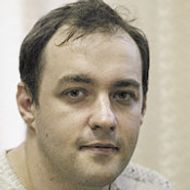