Professor Kimmo Rentola Presented His Book, Stalin and the Fate of Finland 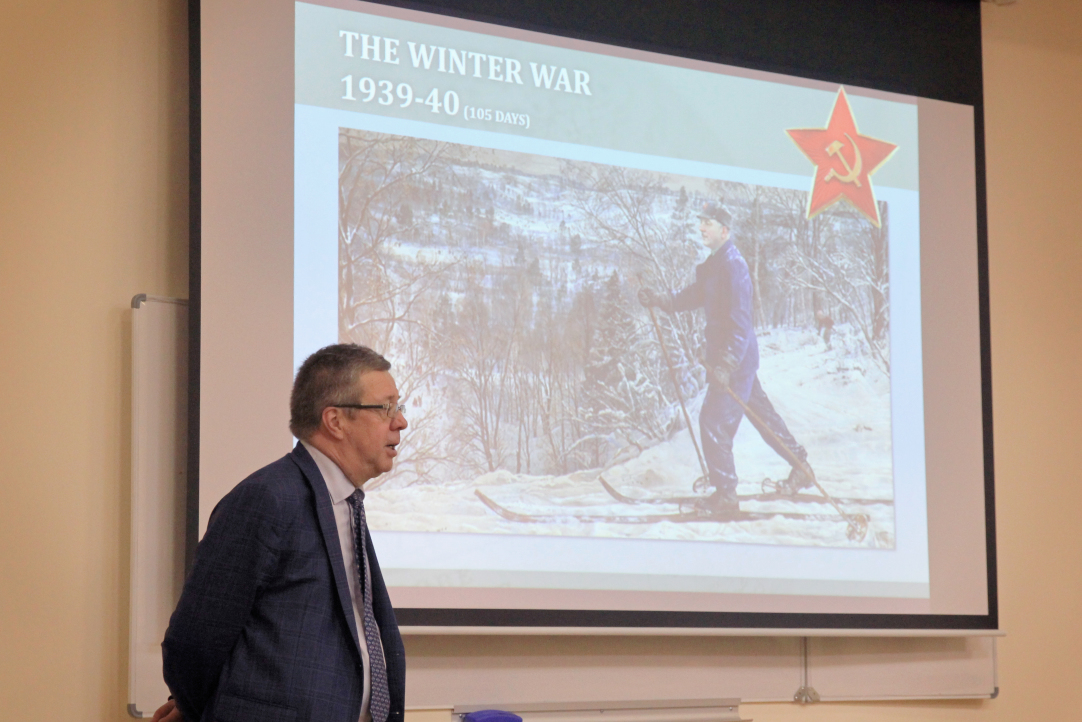 On October 18, Professor Kimmo Rentola (University of Helsinki) presented his recent book, Stalin and the Fate of Finland,in an event hosted by HSE’s International Centre for the History and Sociology of World War II and its Consequences. HSE News Service spoke with Professor Rentola about how he became interested in history, his book, and what brings him to HSE University. 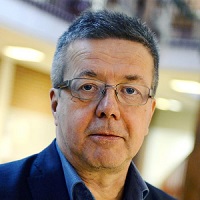 Kimmo Rentola, Professor at the University of Helsinki

Kimmo Rentola is a Professor of Political History at the Department of Political and Economic Studies at the University of Helsinki. His book, Stalin and the Fate of Finland, traces the role played by Joseph Stalin in shaping the Soviet Union’s foreign policy with regard to Finland. In the book, Rentola focuses on four major episodes in Soviet-Finnish relations in the 20th century: the Winter War (1939–1940); Finland’s exit from World War II (1944); the structuring of the country’s political system (1948), and the events of 1950– 1951, when Moscow’s perception of Finland ranged from ally to enemy in terms of the general global geo-political landscape of the time. The book is based on a wide range of archival documents and modern historiography.

Professor Rentola became interested in history from a young age. ‘At home, we had a five-volume set of world history with black and white pictures based on historical paintings,’ he recalls. ‘That was probably the beginning. When I started university, I first planned to study economics, but soon found out that economists "clean" their data to make it applicable to mathematical analysis. I wanted my data raw and returned to history.’

The centuries-long relationship between Russia and Finland soon became a point of interest for Professor Rentola. ‘After the collapse of the Soviet Union, a Russian-speaking minority has emerged in Finland and it is now estimated to be about 80,000 people,’ he says. ‘Russians are active visitors of Finland, and there is a lot of trade between our two countries. Hundreds of thousands of Finns have visited Russia, at least St. Petersburg. In Finland, there is quite big interest towards the national history, in particular to the dramatic 20th century, where relations to the Soviet Union were the most important. New books are eagerly read and new information received with great interest.’

Professor Rentola’s book therefore certainly meets a demand. The study in particular examines lesser discussed aspects of Soviet history during WWII in relation to Finland. ‘The main idea was that on the most fateful occasions in 1939, 1944, and 1948, Stalin each time first set maximum goals, but when difficulties arose and the international situation turned for the worse (as seen from Moscow), he made a sudden turn and settled for much less,’ says Professor Rentola.

For his project, Professor Rentola conducted research in archives of the FSB, Foreign Ministry, and the former communist party in Russia as well as archives in Finland, Sweden, and Britain. He also received documentation from the Presidential Archives of Russia.

This was his first time to HSE University. ‘I came here because of Professor Oleg Khlevniuk, who is based here and is a leading Stalin scholar,’ says Professor Rentola. ‘I will surely keep contact and cooperate with him if any occasion arises. I also in the process of developing a cooperative project with Russian, Austrian, Finnish and Swedish colleagues.’

October 24, 2019
Topics
Research&Expertise
Keywords
HSE guests history
About
Centre for the History and Sociology of World War II and Its Consequences, Faculty of Humanities, Research at HSE University