Book chapter
Renaissances in Byzantium and Byzantium in the Renaissance: the International Development of Ideas and Terminology in Late Nineteenth- and Early Twentieth-Century Europe
In press

In bk.: Periodization in the Art Historiographies of Central and Eastern Europe. NY: Routledge, 2022. 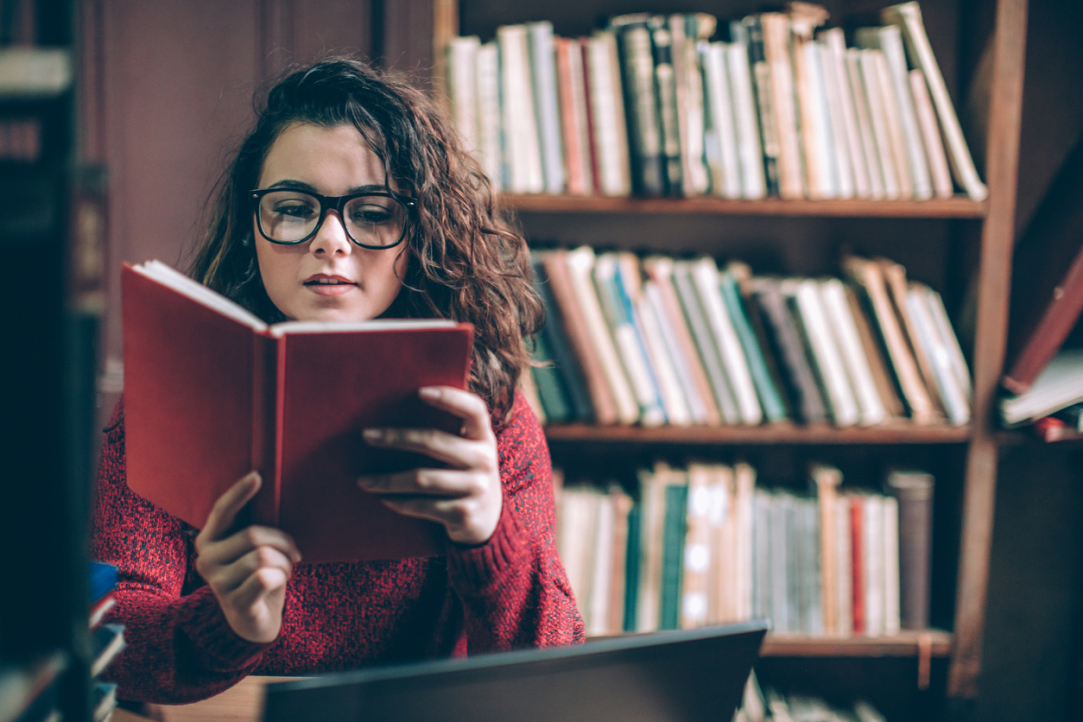 Psycholinguists from the HSE Centre for Language and Brain found that when reading, people are not only able to predict specific words, but also words’ grammatical properties, which helps them to read faster. Researchers have also discovered that predictability of words and grammatical features can be successfully modelled with the use of neural networks. The study was published in the journal PLOS ONE.
Research&Expertise publications research projects linguistics psycholinguistics
February 11, 2021

On March 19 and 22, Per Durst-Andersen, professor in the Department of Management, Society and Communication at Copenhagen Business School, gave three lectures at the Higher School of Economics on topics that fall under his current research interests, which focus largely on cognitive linguistics; communicative and linguistic typology; language, culture and identity; semiotics; and the philosophy of science. A well-known expert in cross-cultural pragmatics and specialist in business communication, Professor Durst-Andersen delivered the lectures as part of the ‘Language in the Universe of Culture: Russian Communicative Style’ course.
Research&Expertise HSE guests linguistics Russian language
March 29, 2018

One of HSE’s newest faculty members is Francis Tyers, who will join the School of Linguistics on August 28 as an Assistant Professor. A native of Normanton on Soar, a small village in the south of Nottinghamshire in England, he joins HSE following a postdoctoral fellowship at UiT Norgga árktalaš universitehta in Tromsø in the north of Norway, where he worked on language technology for Russian and the Sámi languages. Prior to that, he completed PhD studies in the Department of Languages and Information Systems at the Universitat d'Alacant in Spain.
On Campus international faculty linguistics
August 11, 2017

Tilmann Reuther, Professor at the University of Klagenfurt, and his colleague Joulia Köstenbaumer talk to the HSE News Service about their experience of cooperation with the School of Linguistics and internships in Austria.
Research&Expertise HSE guests linguistics
November 23, 2016

Python, Non-Indo-European Languages and Sociolinguistics: What You can Learn at the New HSE’s Master’s Programme 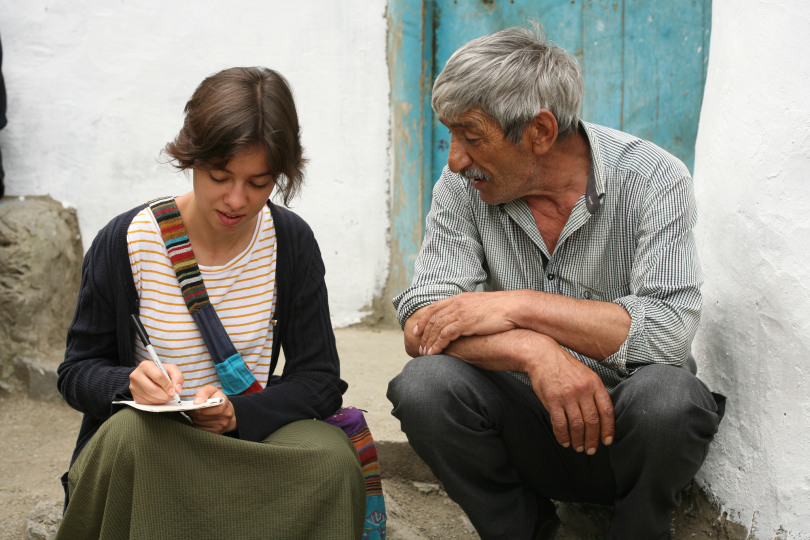 This year HSE has launched a new English-taught MA programme ‘Linguistic Theory and Language Description’, which has evolved from a specialization on the Computer Linguistics programme. Michael Daniel, one of the programme’s Academic Supervisors, told the HSE news service about the multilingual people who will study here, the expeditions the students will go on, and other features of the programme.
Admissions master's programmes linguistics
November 21, 2016

Our Summer Studying Shamans, the Mayan calendar, and the Kaqchikel Language

Is it possible to learn a new language well enough in just two weeks to conduct linguistic research on it? This is an entirely standard practice for linguists, according to Sasha Kozhukhar and Liza Vostokova, both students in the Linguistic Theory and Language Description master’s programme. This past summer, Sasha and Liza went on an expedition to Guatemala to study Kaqchikel, an indigenous Mayan language.
Education master's programmes linguistics
October 10, 2016

The website ‘web-corpora.net’, which hosts corpora, tools for text automatic processing and other linguistic resources created at HSE, has been redesigned and updated.
Research&Expertise linguistics Research at HSE University
September 25, 2016

On September 15th, 2016, a presentation of the research web service ‘Textograph’ for the digital processing of texts was held in the House-Museum of Anton Chekhov. Boris Orekhov, Associate Professor at the School of Linguistics, is one of the system developers.
Research&Expertise Reporting an event linguistics text processing Research at HSE University
September 17, 2016

Dutch Linguistics Expert to Offer Lecture on Language and Cognition

What causes variation between languages, and what do they have in common? How is language embedded in our general cognitive system? These are some of the questions that Eric Reuland, Faculty Professor of Language and Cognition at the Utrecht Institute of Linguistics (OTS) (Utrecht University), will address in a lecture course entitled ‘Syntactic approaches to anaphora’ that will be held at HSE Moscow from September 12 till 22, 2016. Professor Reuland recently spoke with the HSE news service about his research interests, his upcoming visit to Moscow, and some books he recommends for those interested in gaining exposure to the field of linguistics.
Research&Expertise HSE guests linguistics
September 12, 2016 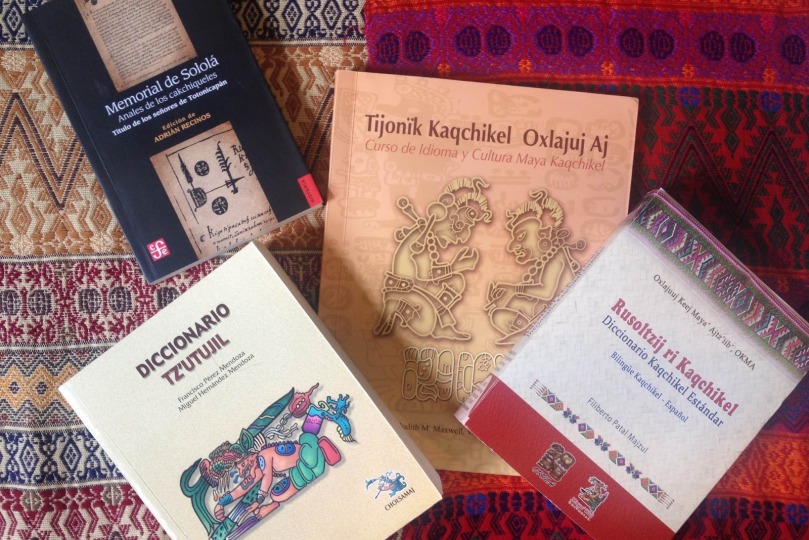 Elizaveta Vostokova and Alexandra Kozhukhar, students at the School of Linguistics, took part in the expedition to Guatemala in June 2016. The event was organized by the University of Maryland and was dedicated to research into the Kaqchikel Maya people. The expedition was led by Maria Polinsky, Professor of Linguistics, Omer Preminger, Assistant Professor in the Department of Linguistics, and  Pedro Mateo, Assistant Research Professor at the Maryland Language Science Center. During the first two weeks of the expedition, the participants studied the Kaqchikel language, the rest of the time they spent working with native speakers.
Education students Reporting an event linguistics
July 20, 2016
1 2