Digital Humanities: A God of Many Faces 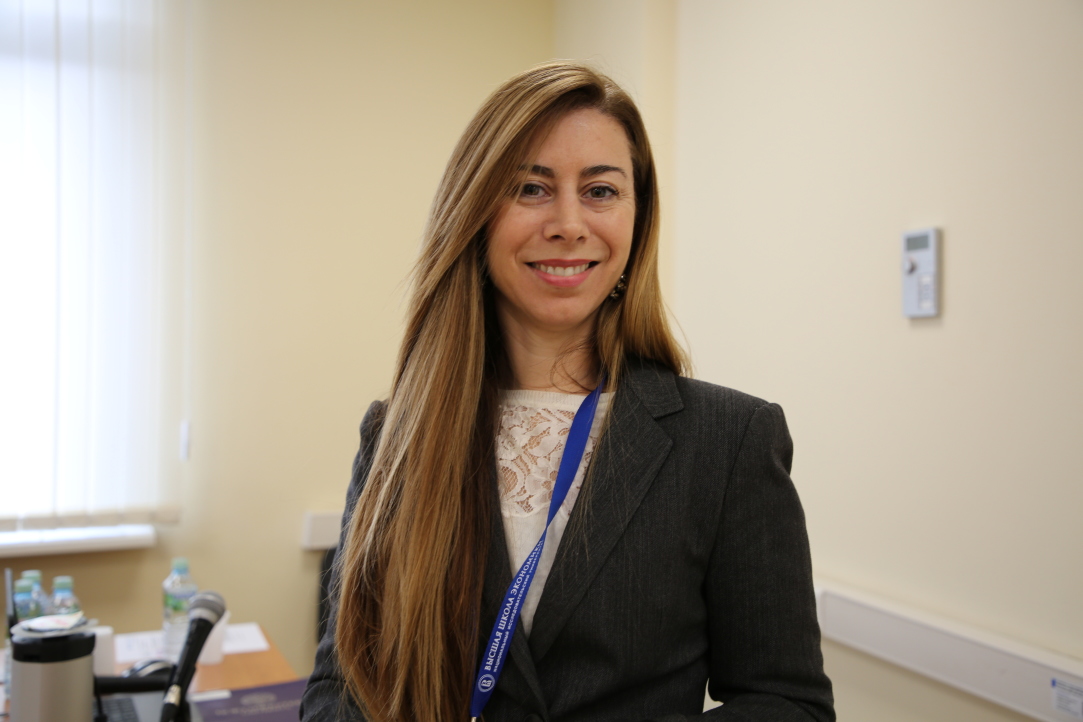 These days, no scientific research is carried out without the use of digital media for the production or dissemination of knowledge. The term ‘Digital Humanities’ reflects this process and constitutes a scientific field where humanists not only aim to use a certain software, but also to understand research using quantitative semantics. However, digital infrastructures are not the same globally. In her talk at the HSE April International Academic Conference Dr Gimena del Rio Riande addressed various issues that arise in connection with digital humanities.
Research&Expertise HSE guests digital humanities HSE April Conference on Economic and Social Development
April 16, 2018

To See Paris and Die: The Soviet Lives of Western Culture

In March, the International Center for the History and Sociology of World War II and Its Consequences at HSE welcomed Eleonor Gilburd, Assistant Professor of the History and the College at the University of Chicago. Professor Gilburd presented her book 'To See Paris and Die: The Soviet Lives of Western Culture' which deals with the history of translation, cultural diplomacy and exchange and the interpretation of Western texts by Soviet audiences in the mid-20th century. She spoke to HSE News Service about her research.
Research&Expertise HSE guests ideas & experience Soviet culture
April 04, 2018

On March 19 and 22, Per Durst-Andersen, professor in the Department of Management, Society and Communication at Copenhagen Business School, gave three lectures at the Higher School of Economics on topics that fall under his current research interests, which focus largely on cognitive linguistics; communicative and linguistic typology; language, culture and identity; semiotics; and the philosophy of science. A well-known expert in cross-cultural pragmatics and specialist in business communication, Professor Durst-Andersen delivered the lectures as part of the ‘Language in the Universe of Culture: Russian Communicative Style’ course.
Research&Expertise HSE guests linguistics Russian language
March 29, 2018

On March 15, HSE’s School of Cultural Studies welcomed Professor Ian Shapiro from Yale University to talk on two very hot topics: ‘Power and Domination in Political Theory’ and ‘Human Rights in the Contemporary World and Their Prospects’. The presentations were followed by a round table which gave participants further opportunity to engage with this internationally renowned expert in political science. Professor Shapiro’s latest book, Politics against Domination, is soon to be published for the first time in the Russian language.
Research&Expertise HSE guests human rights political theory
March 20, 2018

Jean-Michel Kantor "Mathematics and the World" 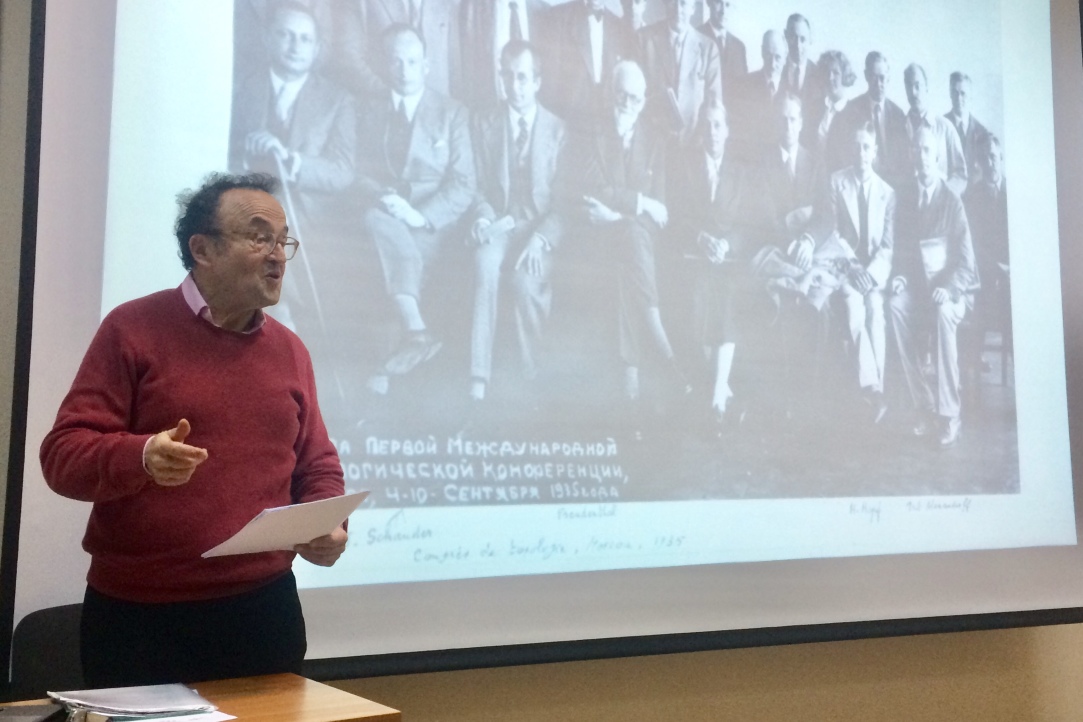 On September 26 and 27, the HSE School of Philology hosted Professor Brian Baer of Kent University (Ohio, USA) for a lecture entitled ‘The Translator’s Biography in Soviet and Post-Soviet Russia: Art, Politics, Identity’, followed by a workshop on ‘Teaching Translation Studies’. Following his lecture and workshop, Professor Baer spoke with the HSE News Service about his career as a translator, the role of the translator in society and his recommendations for international readers looking for exposure to Russian literature.
Research&Expertise HSE guests literature philology translation
November 01, 2017

Frode Alfson Bjørdal: "All Properties are Divine or God exists" 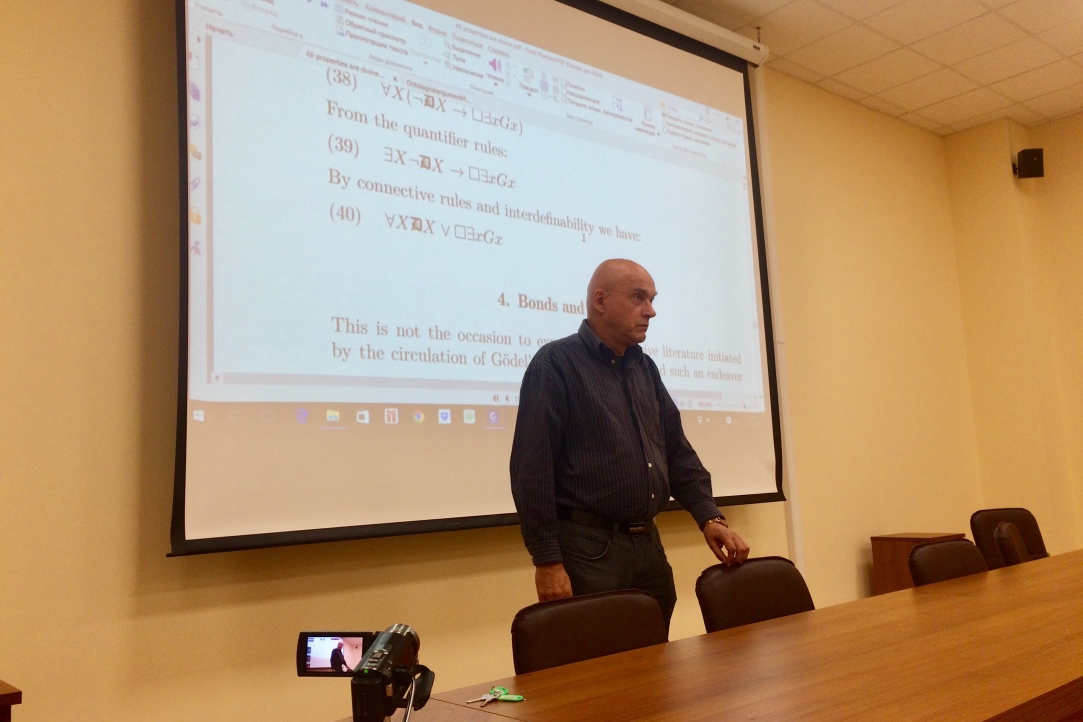 On October 16th Frode Alfson Bjørdal (professor emeritus at The University of Oslo) presented a talk "All Properties are Divine or God exists" at the joint meeting of Logico-philosophical club and Formal philosophy group (HSE)
Research&Expertise HSE guests discussions Reporting an event
October 17, 2017

Expert on Soviet Economic and Demographic History Speaks at HSE

On October 10, Stephen Wheatcroft, Professor of the School of Historical Studies at the University of Melbourne delivered a lecture on ‘The importance of the grain problem in the Russian Revolution and for the next 40 years of Soviet Economics' at HSE Moscow as part of a long and busy schedule. A participant at previous April Conferences at HSE, Professor Wheatcroft is one of the world’s foremost experts on Soviet social, economic and demographic history, as well as famine and food supply problems in modern world history.
Research&Expertise HSE guests history Soviet Union
October 17, 2017

On May 31, Valerie Kivelson, Professor of History at the University of Michigan, will be delivering a seminar entitled ‘Visualizing Empire: Muscovite Images of Race’. Professor Kivelson is an expert in Medieval and early modern Russia, history of cartography, history of witchcraft, religion, and political culture, among other topics. She is the author of 'Desperate Magic: The Moral Economy of Witchcraft in Seventeenth Century Russia' and a guest editor of 'Witchcraft Casebook: Magic in Russia, Poland and Ukraine. 15-21st Centuries'.
Research&Expertise HSE guests history medieval studies
May 30, 2017

On May 23, Ellen Rutten, Professor of Russian and Slavic Studies at the University of Amsterdam, delivered a lecture at HSE on her new book, ‘Sincerity after Communism’. An expert on Slavonic literature and culture, Professor Rutten is involved in numerous projects, including the Digital Emotions group, Sublime Imperfections, and ‘Russian Literature’, a journal where she serves as editor-in-chief.
Research&Expertise HSE guests literature Slavic studies
May 25, 2017
1 2 3 4