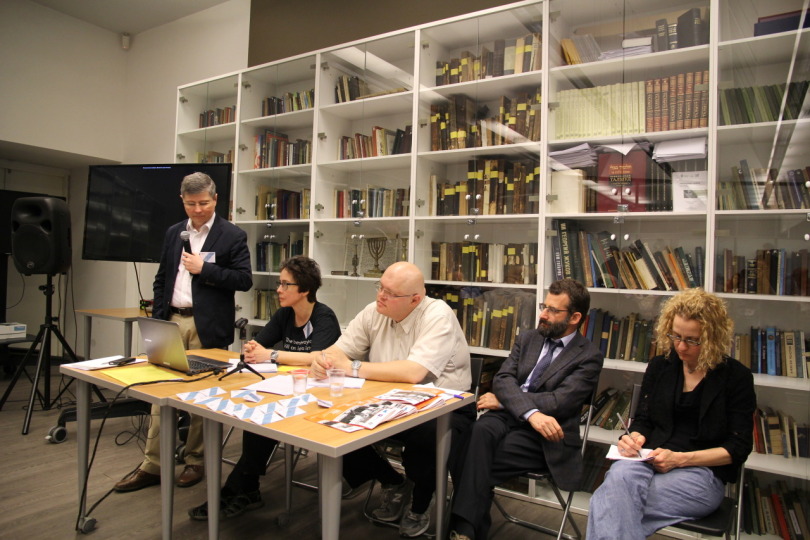 In late May Moscow hosted a Russian-Italian research conference marking the anniversary of the birth of Italian philosopher Benedetto Croce. The conference entitled 'The Legacy of Benedetto Croce in the 21st Century' was organized by and held at the HSE's Humanities Faculty in conjunction with the Italian Cultural Institute in Moscow.
Research&Expertise conferences & seminars humanities Italy
June 27, 2016

An international conference ‘Modes of Thinking, Ways of Speaking’ took place at HSE. The event was organized by the HSE Faculty of Humanities School of Philosophy and brought together not only professors and young researchers, but also undergraduate and master’s students.
Research&Expertise conferences & seminars Reporting an event
May 20, 2016

Staff Members of the Neurolinguisitcs Laboratory at ‘Science of Aphasia’

Staff members of the Neurolinguisitcs laboratory took part in the Conference ‘Science of Aphasia’, that brings together researchers working in the multidisciplinary ﬁeld of Neurocognition of language and deal with normal function as well as disorders.
Research&Expertise conferences & seminars research projects
September 25, 2015

Svetlana Yatsyk Spoke at the International Medieval Congress in Leeds

Svetlana Yatsyk, Analyst at the HSE Laboratory of Medieval Studies, spoke at the 22nd International Medieval Congress in Leeds on the problem of paganism in the works by John of Wales.
Research&Expertise conferences & seminars medieval studies
July 21, 2015

From June 11 – 12, 2015, Natalia Samutina and Boris Stepanov, leading research fellows at the Poletayev Institute for Theoretical and Historical Studies in the Humanities, took part in an international conference ‘Past the “Post-”: Theorizing the Post-Post-Soviet via (New) Media and Popular Culture’, which was organized by the Amsterdam School for Cultural Analysis (ASCA). They spoke on various aspects of cultural communication in the Russian internet.
Research&Expertise conferences & seminars internet popular culture
June 16, 2015

Anastasia Safonova, Student of the School of Linguistics, Gave a Poster Presentation at the 8th International Conference on Language Variation in Leipzig 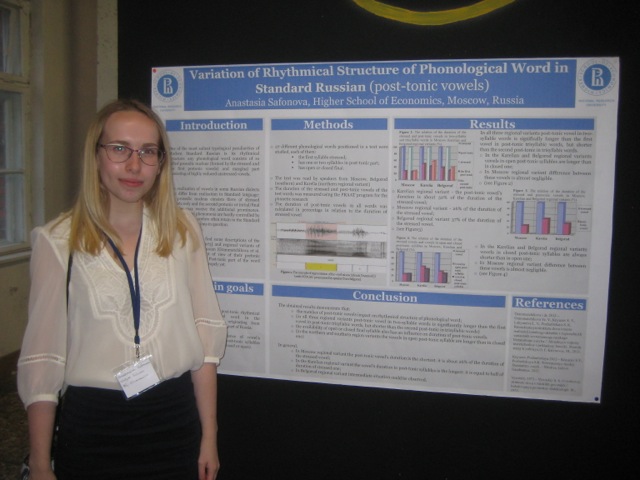 The International Conference on Language Variation in Europe took place from May 27 – 29, 2015, in Leipzig, Germany. Anastasia shared her impressions of the event.
Research&Expertise conferences & seminars students
June 16, 2015

A People’s History of War

HSE has hosted the international academic conference ‘Europe, 1945: Liberation, Occupation, Retribution,’ during which historians, sociologists, and culturologists from various countries discussed the social, economic, military, political, and cultural phenomena caused by World War II. In an interview with the HSE News Service, the Director of HSE’s International Centre for the History and Sociology of World War II and Its Consequences, Oleg Budnitskii, discusses the conference, its organizers, and its guests, and also talks about why it is important to study the human dimension of war.
Research&Expertise conferences & seminars World War II
June 15, 2015 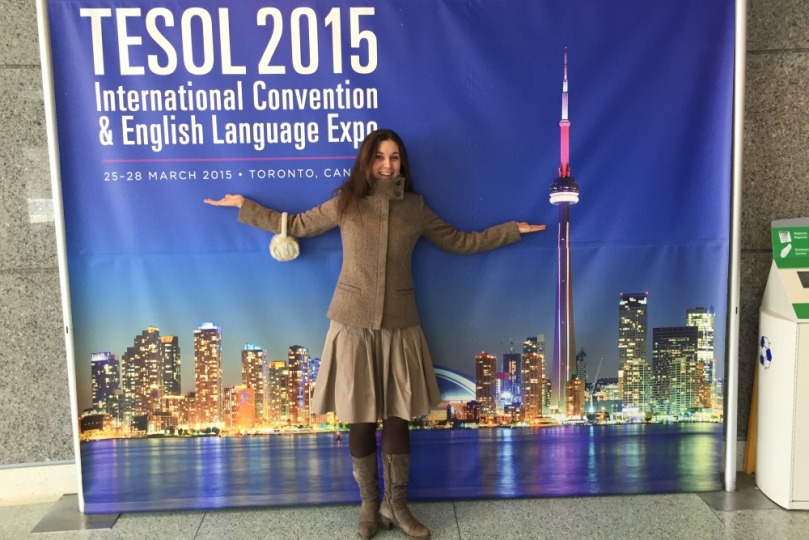 From March 24-28, 2015, Toronto (Canada) hosted the TESOL 2015 International Convention and English Language Expo. It drew more than 5,600 professionals from 91 countries who planned to cross borders and build bridges. There were more than 1,000 academic sessions offered in Toronto. Aida Rodomanchenko, head of learning and teaching office at the academic department of foreign languages at the HSE was the only speaker from Russia. Her talk was entitled Roundtable discussion as an alternative to a traditional oral examination.
Education professors conferences & seminars
May 20, 2015
1 2 3 4 5 6